Ouch. November Low-Buy was more like a Go-Buy… I mean, what was I expecting? Sephora VIB sale and Black Friday – why did they have to be together in the same month?

I also bought some stuff from Winners and Avon. 😳 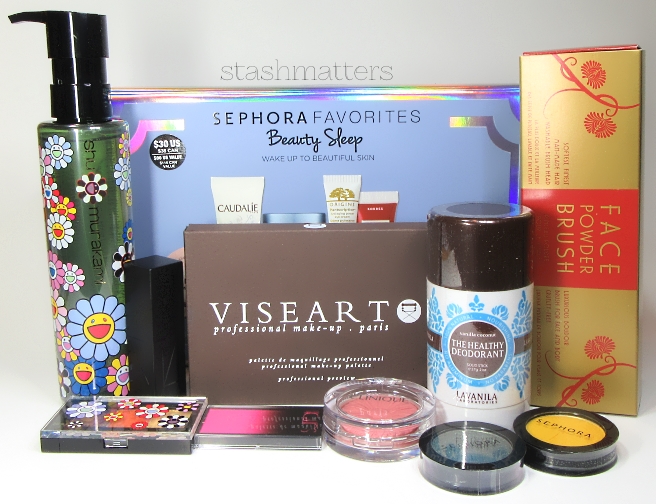 Earlier in the month I went to Sally Beauty Supply to stock up on some nail and hair care stuff:

I’d recently finished up the big bottle of cuticle remover and nail polish remover so these are replacements. 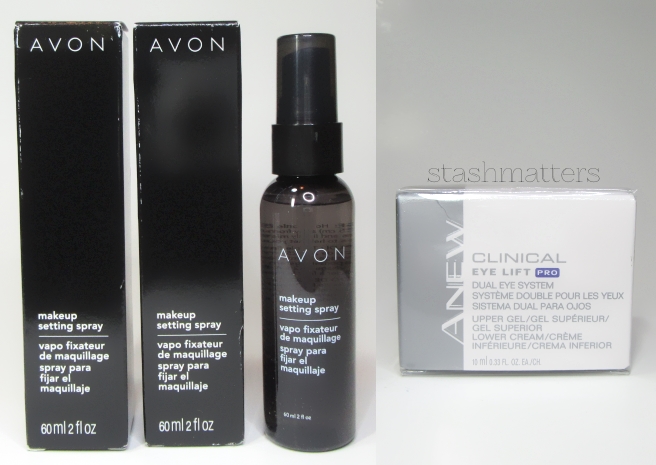 • Makeup Setting Spray
• Anew Clinical Eye Lift Dual Eye System
I needed to replace the setting spray since I used it up last month. And the eye cream was on a special deal for less than half price. I’ve been obsessing over my under eye area lately. 😛  Also no makeup, so $0.

Winners stuff – I found these over the course of a few visits:

Read above re: under eye area (it’s been really dehydrated lately). Jodi of A Brash Attitude really liked this so I had to try it for myself too!

I was really psyched for the China Glaze Rebel collection and I was pleased to find these at Winners!

• Don’t Mesh With Me
• Heroine Chic
• Pearl Jammin’
These were $5.99 each. I’m still on the hunt for “Dope Taupe” from that collection… NEED it!

I was SUPER excited to have spotted these at Marshalls! I’d first heard about these little gems from Rachael of Helpless Whilst Drying and I was curious about the quality (plus, I’d been so impressed by the W7 foundation I tried as part of my $20 Makeup Challenge). These are supposed to be dupes for the MAC Eye Shadow x 9 palettes. The store only had 1 of each palette and luckily the safety seals were all intact and none had been tampered with! They also had the Bangkok Nights palette which was all purples but I passed on it because it’d be gluttonous to buy all three, right? 😆

Another item inspired by Rachael! That girl, she’s the worst enabler! 😉 This is a copy of the original Colour Switch which sells for $25. I’ve used this a few times now and it’s pretty good. It won’t replace a proper brush cleaning but it does remove powder products better than just using a tissue.

I was surprised to find this at Winners and excited to try it out. I’m a fan of Brush Guards and use them every time I wash my brushes (see how I use them here). This kit contains a brush shampoo, a drying cloth, a washing cup, a slotted drying vase, and 4 Brush Guards in various sizes. I like the illustrations on the box:

And THEN, I got this awesome polish, from none other than Miss fivezero herself: MAC Style Matters ($6)

I’d commented on her blog post that I was thinking of buying this for the name alone. 😛 She’d bought a back-up bottle of this and she offered me hers – how sweet!  So we met up again – the day before the American election (I remember it so well, ahhh, it was a more innocent time, wasn’t it?).  It was so great to see her again – plus her Peanut (he’s a gummy candy monster) and lil’  baby Olive were in tow! 🙂

Hey, let’s distract you with a blogmas post from last year! 😉 On day 6, I posted about Christmas Cards:

A neat story about that post. I had asked if anyone wanted the extras of the Gingerbread Zombies cards and I ended up sending them to Caryl of The Caryl Edit who lives all the way in Australia! I’d like to think she put them to good use! 😀