I have to first apologize, but this blush is discontinued as of last year. I was as shocked as anyone else when this was announced. I had MAC MUAs tell me they didn’t know what they’ll use now for weddings – it was their staple shade. They were stocking up on this shade themselves. 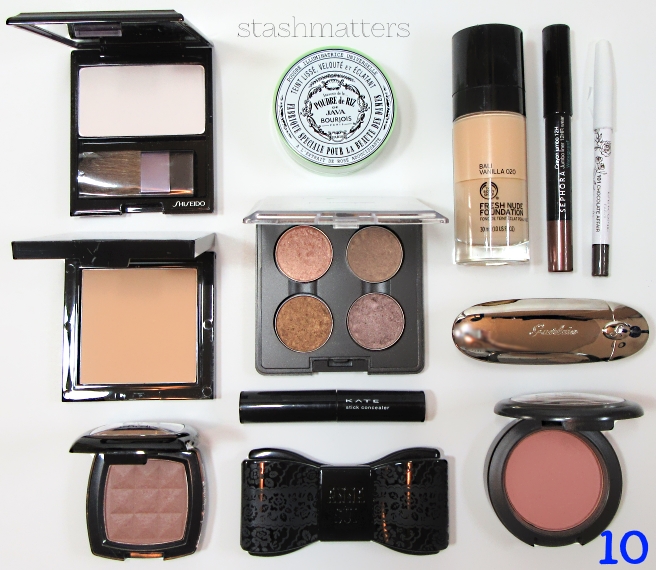 Blushes are one of my favourite makeup items, behind eye shadows and nail polish. I own over 150 blushes… 😮 But MAC Cubic is one that I holds a special place in my heart. 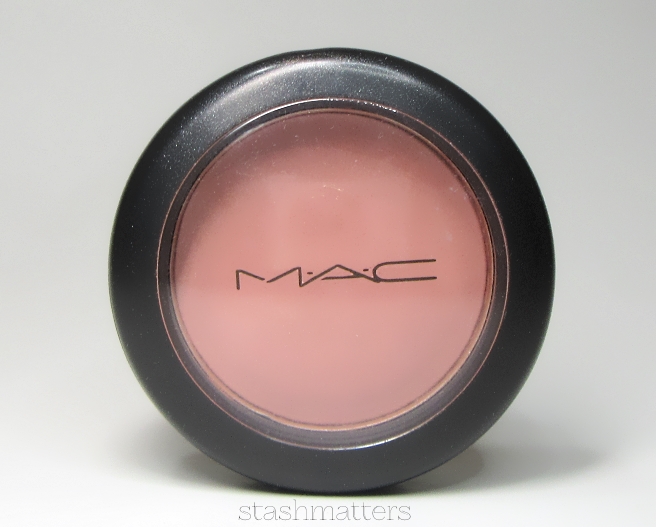 Cubic is one of the first MAC blushes I ever bought. I recalled requesting an “easy everyday shade” from the MUA and she snapped her fingers and said, “Cubic!” And it was the beginning of a beautiful relationship.  I’ve had this exact blush for no less than 7 years! 😮 I know…

On MAC’s site, Cubic is officially described as “soft muted pink”. I would say it’s not really that pink, it’s more of a muted beigey peach shade. Cubic is that blush I pop on whenever I’m unsure what blush will match the rest of my makeup look – it never clashes with anything.

It is a Satin finish, meaning that it has a slight sheen but no obvious shimmer. To me, this performs more like MAC’s Sheertone formula since it has quite sheer coverage but that means it is also foolproof. I could be blindfolded and drunk while applying this blush and it would look just fine. 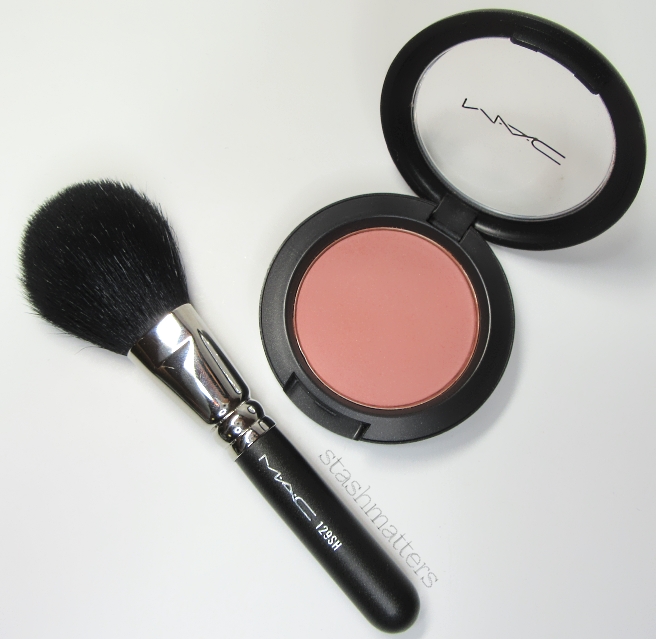 I’ve been primarily using my MAC 129SH brush with Cubic lately. The reason why this brush works so well is that the natural hairs are just ever so slightly more rough than say, a brush with synthetic or white goat hairs. Since Cubic is a tightly packed powder that isn’t highly pigmented, the MAC 129SH can grab more powder to deposit onto my cheeks.

Here are some comparisons of similar blushes from my collection, from L to R: 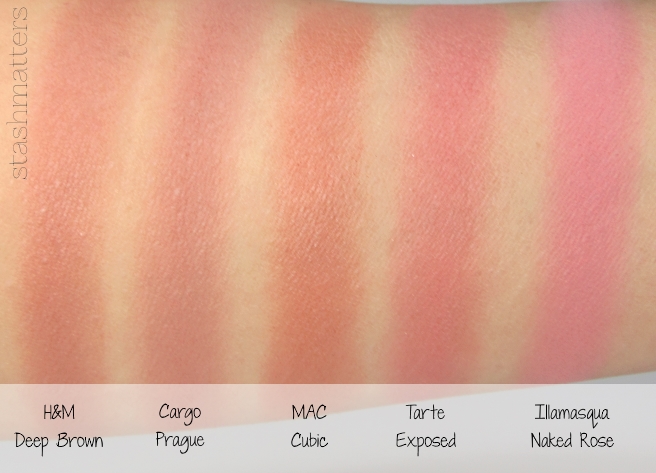 Surprisingly, Cubic looks much warmer compared to the other shades I pulled. Blushes are such funny creatures – in the pan they do look quite similar but once swatched, not so much. I think out of this bunch, H&M in Soft Brown is the closest but not a dupe. Within MAC’s current core line up, I’m not sure if there’s anything that’s a dupe. I asked one of the MUA her thoughts on a similar shade and she didn’t think there was anything (she also bemoaned Cubic’s demise). In the end she said possibly Harmony could be close, but I think that’s too brown. I honestly thought I had multiple dupes for Cubic but it turns out this nuanced shade is pretty unique in my stash.

This blush contains 6g and was made in Canada! MAC compact blushes cost C$27 and refills are C$21.

Cons:
• May not be pigmented enough for some
• Discontinued! 😦

This blush has not moved a single digit since the start of Project Pan even though I’ve been wearing it 5 days a week for 10 weeks now. I had high hopes but reality is sinking in: I don’t think I’ll EVER hit pan on this blush! Which is fine with me, since this is discontinued and I love it. 😉

A significant event happened last week, I actually hit pan on one of my MAC eye shadows! 😮 Woohoo! I’ll be showcasing them next week so you can see the progress then!

Please check out my Project Pan Pals for their updates:
• Ingrid of Curly.Spring.Blossom
• Jodi of A Brash Attitude
• Chanelle of Chanelle Hayleyyy

Do you have a foolproof go-to blush that goes with just about any makeup look?