Today I’ll discuss some of my observations and experiences in shopping for makeup in Japan. Hopefully this will help someone out there who might be taking a trip to Japan.

First thing. There are SO. MANY. BRANDS.
It’s overwhelming! In an average Canadian drugstore, there may be about 8 key brands. In Japan, there’s at least double that amount. And some of them look so similar, it’s hard to distinguish between them (cue joke about how all Asians look alike 😛 ) I spent some visits in the beginning just surveying my options and noting down potential buys without buying anything – I didn’t want to buy things I’d regret. As far as I know, there are no returns on makeup in Japan.

Generally, prices are standardized because they’re often printed right on the packaging. I rarely saw variances in prices. For instance, the ¥300 for a package of 7 sheet masks was the same price at both Don Quijote (discount store) and Ainz&Tulpe (aka Sephora). If you see something you want, just pick it up, there’s no need to “shop around” to get the best deal.

Japanese makeup is not cheap. Drugstore prices are not like western drugstore prices. Even for “cheap” brands like Canmake or Cezanne, the prices are still more expensive than comparable Western brands. For example, a Canmake eye shadow trio costs ¥650 which converts to $8 CAD. The closest Western brand counterpart I would compare it to, would be Hard Candy or Wet n Wild. Eye shadow trios from those brands are typically around $3 to $5.  However, I would say that in general, I feel Japanese drugstore cosmetics are superior to what we get at our drugstores. So it evens out, somewhat.

I mentioned in my haul post, there is a sort of “makeup Bible” in Japan which is @cosme and they give out awards on a seasonal basis. These awards are taken seriously and when a product is awarded a @cosme top pick, they put these little sticker / flags on them to distinguish the products.

It’s an innocent look with straight / down-turned brows, flirty lashes (more focus on length than volume), peachy blush placed high on the apple of the cheeks (I saw many girls with exaggerated obvious blush placement like this) and matte porcelain skin. Source.

Nail trends seem to go from one end of the extreme to the other – I mostly saw girls with nude or bare nails, but every so often I saw nail art that was like 3D sculptures on 1″ long talons. 😮

I bought the majority of my loot from Matsumoto KiYoshi (drugstore), @cosme (like Ulta) and Ainz&Tulpe (like Sephora). I also shopped at Seibu, Isetan and Takashimaya department stores. My favourite place to peruse was at Matsumoto KiYoshi. 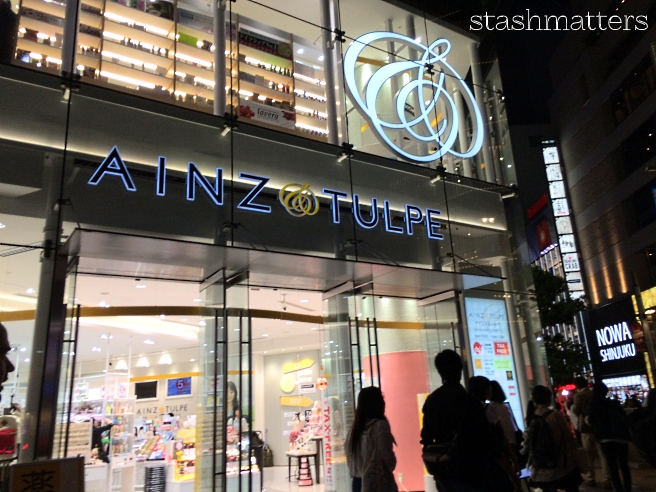 Customer service at department stores are excellent! Very attentive and not pushy. At drugstores you’re left alone and if you need help, it’s easy to find someone to help you.

Nearly every makeup display at both drugstores and department stores offer testers of all their products in every shade, which made shopping super easy. And the testers were all kept clean and not caked over with people’s oily fingers!

Some stores keep certain brands under lock and key so you have to get an assistant to open up the cabinet to access the products. Other stores employ a classier method – they provide little plastic tabs (about the size of shirt collar stays) printed with the product name. You take one of the tabs up to the counter if you want that product and they fetch it from the stockroom for you. It also serves another function, the number of tabs left in the slot shows how many items they have left – no tabs, no stock.

Japanese brands like to call out their top sellers, ranking their top 3 to 5 products in the displays. This makes life easy for a foreigner like me who wants to try out their best products. 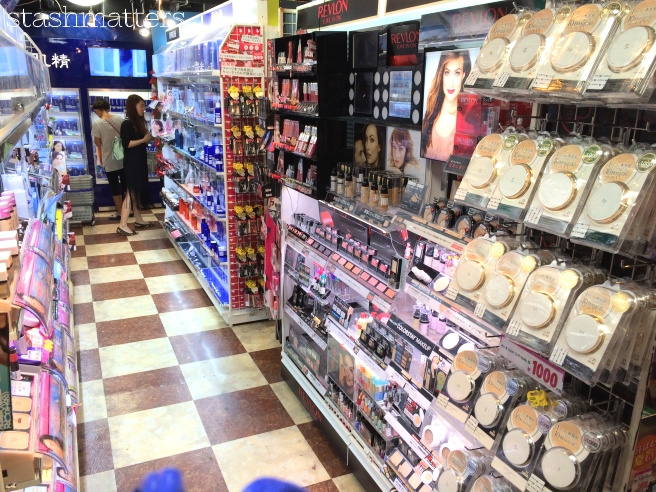 Drugstores are typically quite crammed and cluttered with products (this also made it a challenge to take photos – sometimes there literally was no space to take photos!). It looks messy but everything is clean and in its place – at first it was slightly off-putting but I got used to navigating through the clutter.

Western makeup brands are available but at high markups. At the drugstore I spotted Maybelline, L’Oreal, Revlon, Rimmel, and even Physicians Formula! At department stores, there was Estee Lauder, Clarins, Bobbi Brown, YSL, Chanel, Dior etc. Some brands offer some Asian exclusive items, but overall, 99% of the selection is consistent with what is available worldwide.

Counters do not give out tons of samples or gwp like with Korean cosmetics. I received a few samples at THREE and Shiseido, but nothing from Addiction or Lunasol.

Tax-free is the only “discount” for foreigners. Many stores promote the tax-free offer, which means 8% off (that’s the tax rate in Japan). On the surface it’s great, but with caveats:

1) Minimum spend per transaction is ¥5400 (approx $65 CAD) so you need to plan your purchases. I didn’t qualify for tax-free on many of my transactions

2) Stores will staple the receipt and stamp your passport with every tax-free transaction. I found this practice really odd and I was keenly aware that I was going to be exceeding my tax exemption allowance of $800 CAD and I didn’t want a record of it!. So at a certain point, I just stopped asking for the tax-free discount. 😛 (and frustratingly, the customs people didn’t even check the receipts stapled to my passport, making the whole exercise extra silly)

3) Tax-free purchases are sometimes sealed in special bags so you can’t use the items until you leave the country. This practice wasn’t consistent in all stores – what was annoying was that they’d just toss all my makeup items in a huge plastic bag and I wasn’t able to re-pack or wrap some of my powder products to ensure they don’t crumble during travel.

4) Some stores only offer the tax-free discount during certain hours. I could not think of any reason for this except that they needed a manager’s signature so they limited it to before 8pm. 🙄

Stores aren’t open super late like I was expecting. My expectation came from the late shopping hours in Hong Kong – it was not unusual for stores to be open until midnight or 1am. In Tokyo, most stores opened until at least 9 or 10pm. But in smaller cities like Kyoto, they typically closed between 7 to 8pm. This really put pressure on me to hit up stores quickly after my day of sightseeing! 😛

The Narita airport was quite disappointing in terms of makeup offering. They need to open a larger drugstore that offers proper displays of key brands like Visee, Kate, Integrate etc. And the majority of the luxury brands were Western brands like Chanel and Dior. I saw one Addiction and one Lunasol counter.

Ok, I’ll stop yammering and you can enjoy the barrage of pictures I took of the displays: 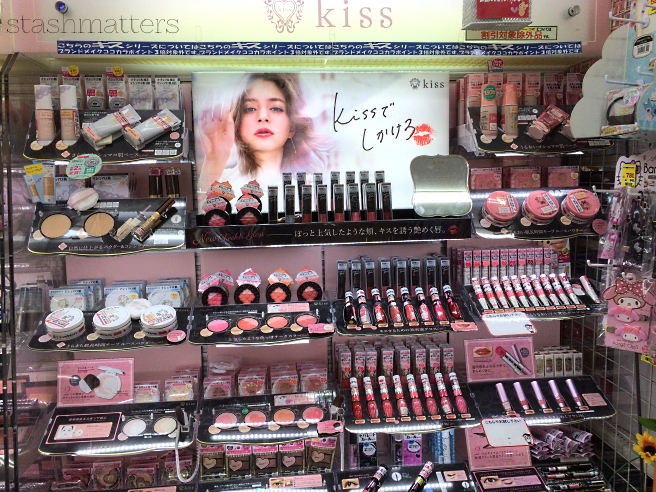 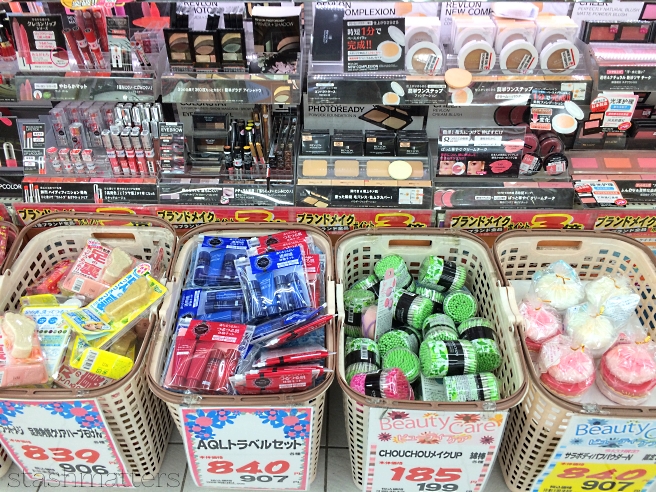 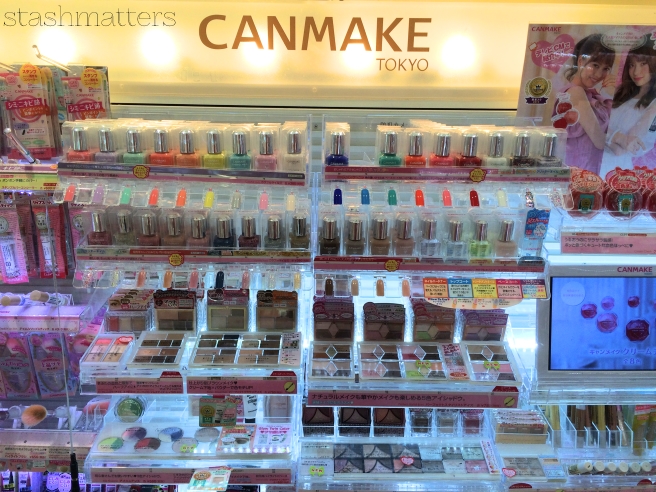 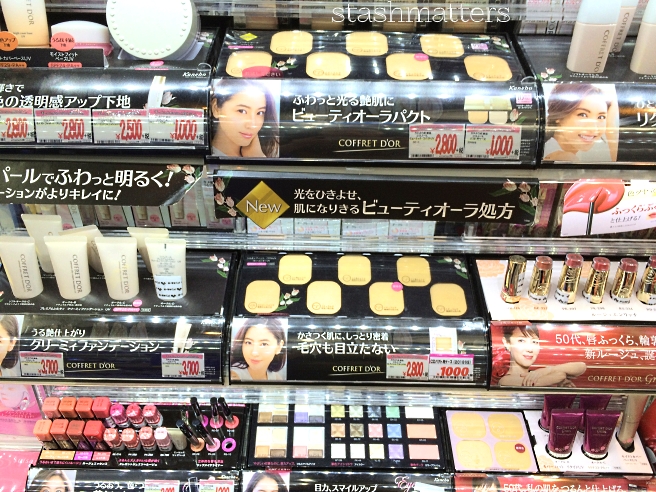 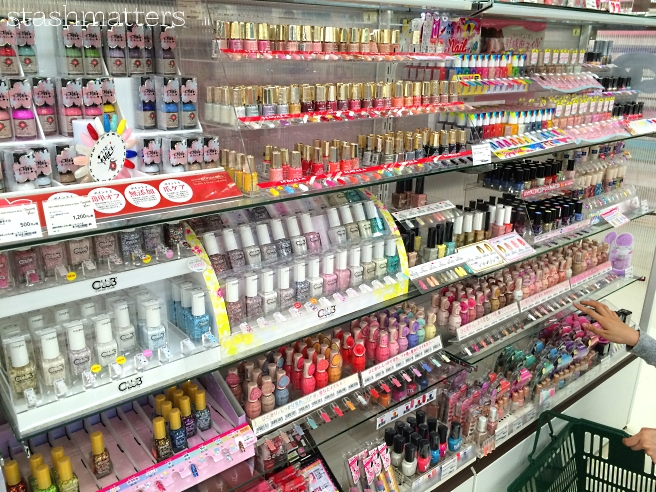 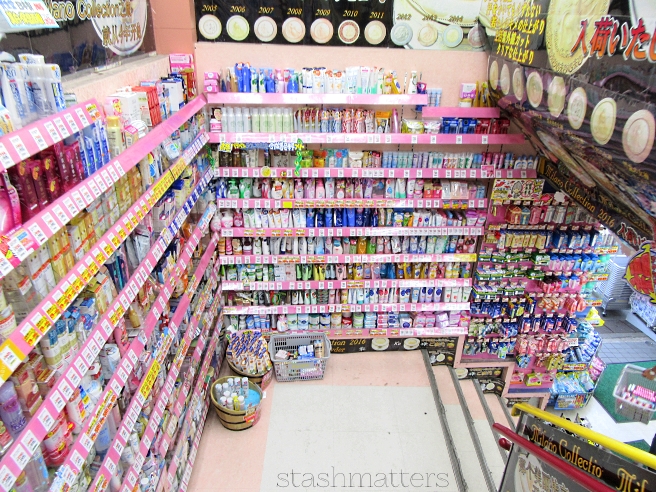 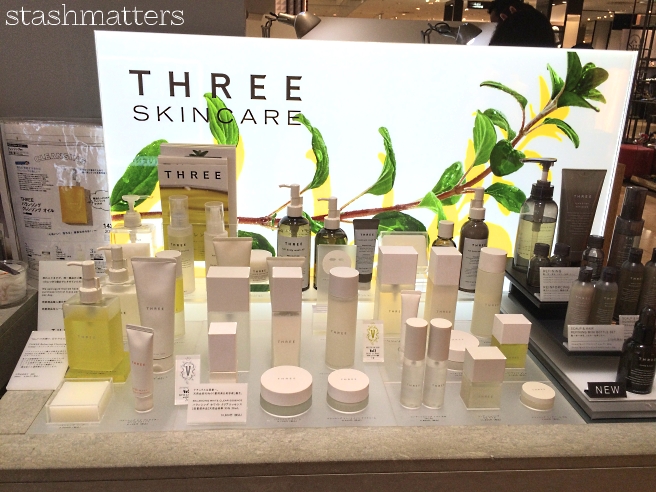 I didn’t get any counter pictures of the displays at RMK, Addiction or Jill Stuart, unfortunately. Most stores and malls actually have signs stating no photographs, and I guess I felt like obeying the rules at those particular counters. 😛

So those were my observations with Japanese makeup shopping. I really enjoyed discovering new brands and stores even if at times it was overwhelming! If you have any questions, feel free to ask in the comments! 🙂