I was SO excited when I spied this deal at a small hair salon while walking around on my lunch hour during Boxing Week.  A handwritten sign: “4 for $20 or $7 each” – a full OPI display, hardly picked over.  JAW DROP! Usually, OPI costs $12-$15 a bottle here.  I was with a couple of coworkers, and I was still on my No-Buy, so I had to play it cool.  I asked the owner if I could set aside 4 shades and that I’d come back in 2 days to pick them up. I went back on the Monday after my No-Buy finished and bought the 4 polishes, and then some… 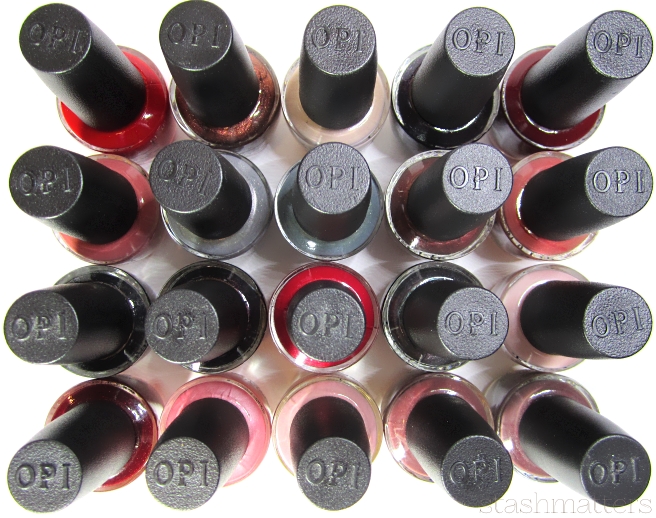 This is what $100 worth of OPI nail polishes looks like! 😮

Prior to acquiring these 20 bottles, I actually only owned 13 OPIs – I just don’t gravitate toward the brand for some reason.  And now I’ve more than doubled my collection!  Here are all the polishes in (kinda) alphabetical order (I’ve indicated in brackets what year and collection they’re from, if any): 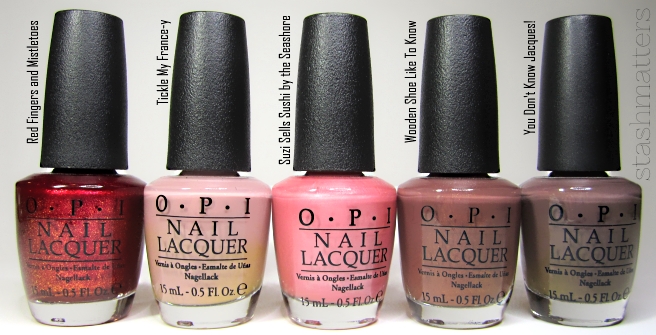 I think my excitement was mostly due to the fact that these were the first nail polishes I bought in person this year (all my nail polish purchases so far have been online orders).  The salon owner told me the reason they were selling these OPIs off so cheaply was due to having too much inventory and their customers now preferred gel polish instead. I might possibly – probably – go back to get some more, they had at least 100 colours available! 😀

Are you a fan of OPI polishes? Do you have any of these? I hope I got some good ones!